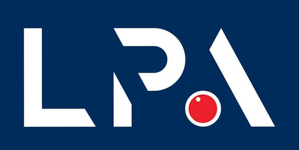 Motorsport and sports photography can be an exhausting in the best of circumstances—lugging around incredibly large and heavy lenses, not to mention multiple camera bodies, and scrambling to edit and file images ASAP. But Chapter 1 of the short documentary series FRAMES covers something a whole order of magnitude more difficult: shooting a 24-hour endurance race.

The 12-minute video follow professional motorsport photographer Jamey Price as he prepares for and tries his best to survive the grueling TOTAL 24 hours of Spa at the Spa-Francorchamps circuit in Belgium.

This is one of the most prestigious endurance races in the world, and the short documentary gives you just a glimpse at what it takes to shoot for 24 hours straight, stay awake for close to 40 hours, hike miles worth of race track, and survive the whole experience on a few bits and pieces of junk food you scrounged along the way. It is, in a word: fascinating.

And for just a bit more motivation, Jamey was kind enough to share some of his photos from the race with us, which you can see in the gallery below:

Almost as interesting as the behind the scenes look itself is the story of how FRAMES was made… or almost not made. Bringing even a short doc to the public can be a herculean effort, even when you have the money, the backers, and interest from the media to share what you’ve created.

Jamey details the whole process in a blog post that will either inspire you to embark on your own such journey or scare you out of ever trying it.

From a successful Kickstarter, to the Daytona 24 saying “no,” to the film’s original producer backing out just three weeks before the Spa 24, the journey from idea to final product was almost as grueling as shooting the race itself. So watch the video above, read Jamey’s blog post for an even deeper behind-the-scenes dive, and let us know what you think about FRAMES and the idea of shooting race cars for 24 hours straight.